The Core Facility for Bioinformatics (CFB) will be hosting its first ever Bioinformatics symposium with the theme, “Building Networks, Creating a Community” on March 20, 2019 at the National Institute of Physics Auditorium (ICSI-2), National Science Complex, University of the Philippines, Diliman, Quezon City, 1101. 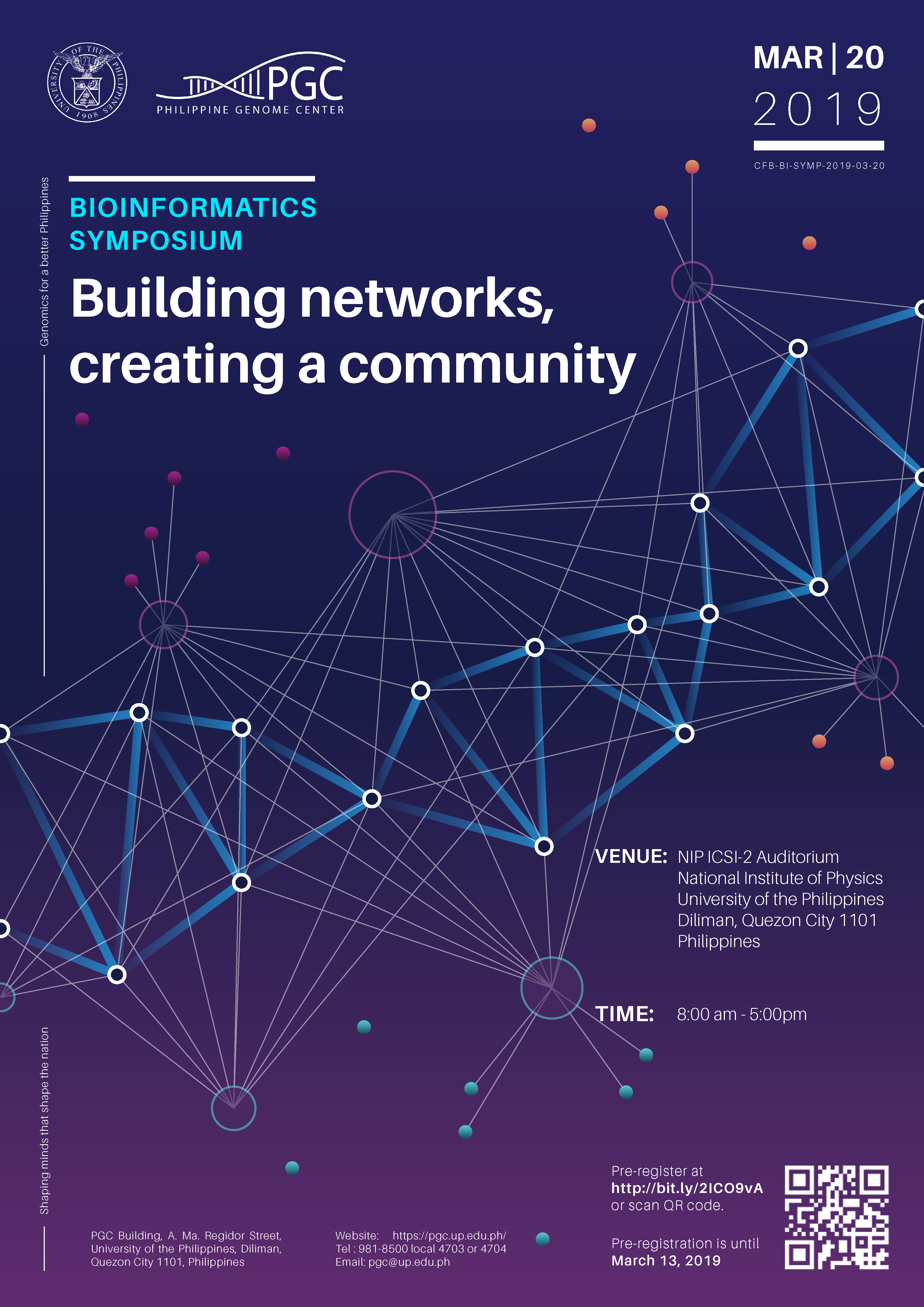 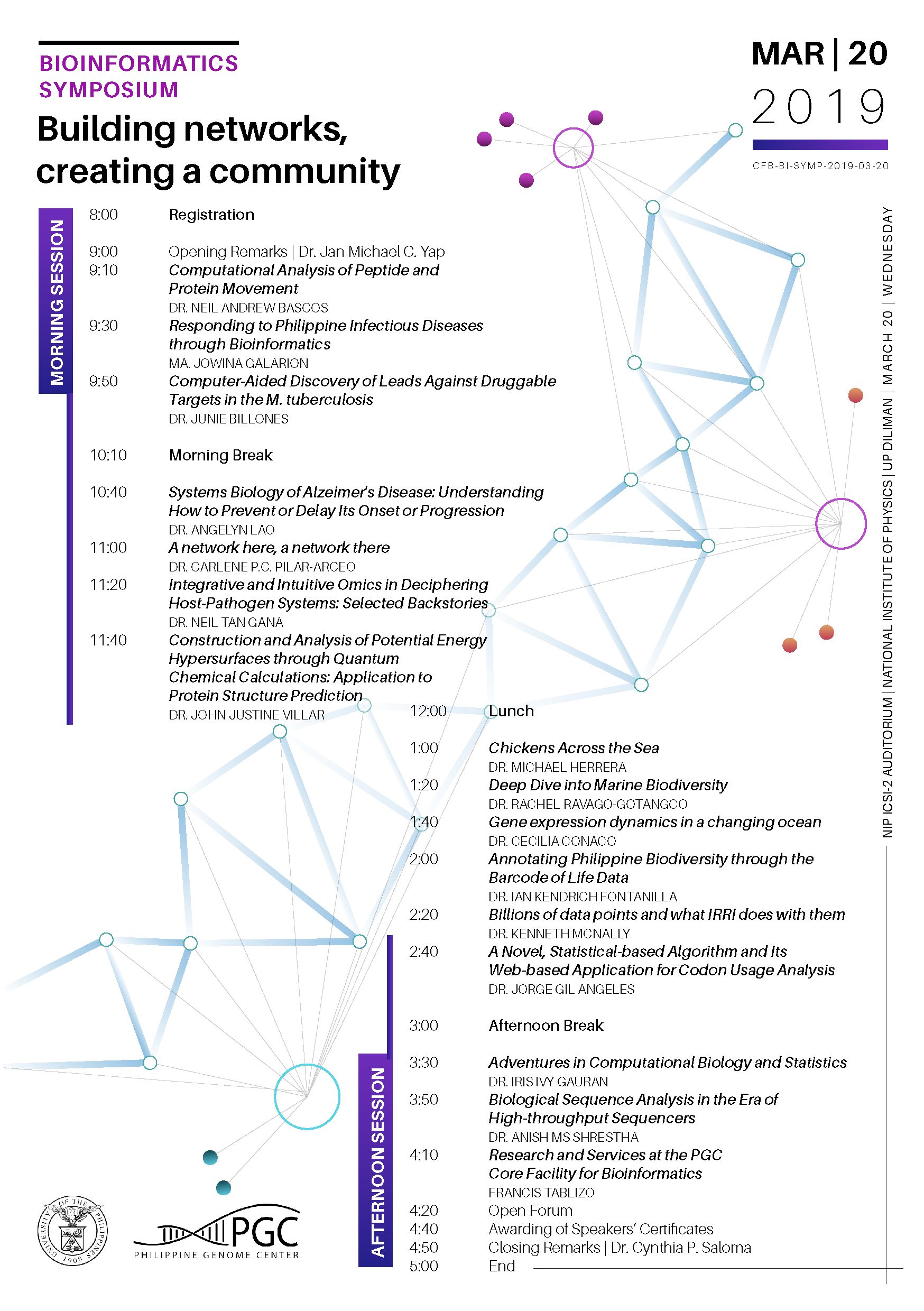 About the Bioinformatics Symposium

In light of its mandate to train future scientists and researchers in bioinformatics, the PGC Core Facility for Bioinformatics (CFB) is organizing a bioinformatics symposium to bring together scientists engaging in active bioinformatics research across the country’s scientific establishments, in order to share their findings and ultimately create opportunities for collaboration and mutual advancement. The symposium will also serve as a forum for discussing the necessity, capacity, and strategy for building a scientific network or association, with the ultimate goal of establishing a more permanent and formal framework for creating a true bioinformatics community on a national scale.

See photos from the symposium here.