Computational modeling allows biologists to create formal models of cellular phenomena that can be simulated, analyzed and compared to experimental data. Biologists today have at their disposal a wide range of software tools for their modeling efforts. The wealth of resources is a boon to researchers, but it also presents interoperability problems. Different tools are implemented in different programming languages, express models using different mathematical frameworks, provide different analysis methods, and support different data formats. Not only does this make it difficult for researchers to use multiple tools in their work; tool-specific file formats are not ideal for public databases of models nor for publication of models—situations in which maximum reusability is paramount.

SBML (the Systems Biology Markup Language) is an open, machine-readable, model representation format for computational systems biology. By supporting SBML as an input/output format, different software tools can all operate on an identical representation of a model, removing opportunities for translation errors and assuring a common starting point for analyses and simulations. SBML has become a cornerstone of computational modeling in biology: it enables interoperability between hundreds of software systems, it allows researchers to publish their models in a common format, and it allows reproducible models to be stored and dissemination numerous public databases such as BioModels Database, Reactome, the BiGG knowledgebase, the Virtual Parts Repository, and other sources. SBML is accepted by hundreds of journals, used in large collaborative efforts both nationally and internationally, described in textbooks, used in courses, and encouraged by funding agencies such as the National Institutes of Health (NIH) in the USA.

In this presentation, I will overview SBML: what it is, and why it can be useful. I will discuss some of the resources available for SBML users, including BioModels Database, a public database of published models that have been curated and annotated by humans. Finally, I will also discuss related community standardization efforts today that have the goal of developing and evolving exchange formats for computational systems biology. Many of these efforts are engaged in COMBINE (the COmputational Modeling in BIology NEtwork; http://co.mbine.org), an organization whose main goal is to help coordinate community standardization activities. 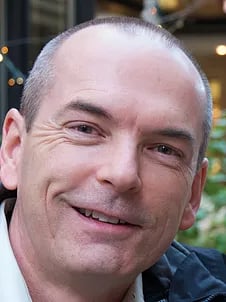 Dr. Michael Hucka is a staff scientist at the California Institute of Technology in the department of Computing and Mathematical Sciences. His backgrounds include computer science, cognitive science and computational neuroscience. He was one of the original co-developers of SBML in the early 2000’s, along with Andrew Finney, Herbert Sauro, Hamid Bolouri, John Doyle and Hiroaki Kitano, and has been the leader of the SBML Team since the mid-2000’s. In the late 2000’s, Hucka co-founded a new, broader consortium (COMBINE — the Computational Modeling in Biology Network), to help coordinate the multiple allied efforts and promote greater interoperability between standards used in systems biology.