Advances in basic and preclinical science continue to fuel the drug discovery pipeline, however only a small fraction of compounds meet criteria for approval by the FDA. More than 30% of promising medications have failed in human clinical trials because they are determined to be toxic despite promising pre-clinical studies in 2-D cell culture and animal models, and another 60% fail due to lack of efficacy. The challenge of accurately predicting drug toxicities and efficacies is in part due to inherent species differences in drug metabolizing enzyme activities and cell-type specific sensitivities to toxicants. To address this challenge in drug development and regulatory science, the NIH in partnership with DARPA, FDA, and more recently the pharmaceutical industry has initiated the Organs-on-Chips (or Microphysiological Systems) program to develop alternative approaches that would enable early indications and potentially more reliable readouts of toxicity and efficacy.

The goal of the tissue-on-chips program is to develop bio-engineered microdevices that represent functional units of the major human organ systems, including the circulatory, respiratory, integumentary, reproductive, endocrine, gastrointestinal, nervous, urinary, musculoskeletal, and immune systems. The opportunities for significant advancements in the prediction of human response to drug toxicities through the development of microphysiological systems, requires a multi-disciplinary approach that relies on an understanding of human physiology and anatomy, stem cell biology, genomics, toxicology, pharmacology, microfluidics, material sciences and bioengineering. Moreover the magnitude of the endeavor necessitates partnerships with various stakeholders that include other government agencies, pharmaceutical companies, biotech industry, and patient groups. Since the inception of this program in 2012, several unique and novel in vitro platforms have demonstrated human organotypic physiological functions and relevant response to drug exposure ensuring that safe and effective therapeutics are identified sooner, and ineffective or toxic ones are rejected early in the drug development process. These microfabricated devices have also proven to be useful for modeling human diseases and may prove to be sufficient alternatives to the use of animal testing.  It is anticipated that the availability of these systems to a broader research community will foster a multitude of new research applications including, but not limited to studies in precision medicine, environment exposures, reproduction and development, infectious diseases, cancer, countermeasures for chemical warfare, immune responses and neuro-inflammation. 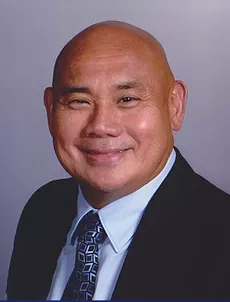 Dan Tagle is associate director for special initiatives at NCATS. He also recently served as acting director of the NCATS Office of Grants Management and Scientific Review and currently serves as executive secretary to the NCATS Advisory Council and Cures Acceleration Network Review Board. Prior to joining NCATS, Tagle was a program director for neurogenetics at the National Institute of Neurological Disorders and Stroke (NINDS), where he was involved in developing programs concerning genomics-based approaches for basic and translational research in inherited brain disorders.

Prior to joining NINDS in 2001, Tagle was an investigator and section head of molecular neurogenetics at the National Human Genome Research Institute and has been involved in the highly collaborative effort toward the positional cloning of genes for Huntington’s disease, ataxia-telangiectasia and Niemann-Pick disease type C. He has served on numerous committees and advisory boards, including the editorial boards of the journals Gene and the International Journal of Biotechnology.

Tagle obtained his Ph.D. in molecular biology and genetics from Wayne State University School of Medicine in 1990. He was an NIH National Research Service Award postdoctoral fellow in human genetics in the laboratory of Francis S. Collins, M.D., Ph.D., at the University of Michigan. Tagle has authored more than 150 scientific publications and has garnered numerous awards and patents.