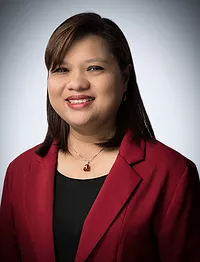 Dr. Maria Corazon A. De Ungria had spent more than 10 years of her life in Australia training to be a research scientist in the life sciences. Her work on the plasmid biology of Helicobacter spp. used in animal models of infection introduced her into the exciting field of molecular biology. Upon her return to the Philippines, she was immediately appointed as head of the DNA Analysis Laboratory of the UP Natural Sciences Research Institute where she actively focused on two major areas of study: the validation of molecular procedures for forensic applications (1-23) and the expansion of Philippine population databases in order to better understand the genetic diversity of different Philippine groups (4, 24-38). Dr. De Ungria took this work a step further by participating in several multi-center genetic studies within and outside the Asia-Pacific region (29, 31, 39, 40). Her work generated more than 50,000 SNP data for three regional Philippine populations, one indigenous Philippine group and five Philippine Negrito groups, and was included in the paper that was published by the HUGO-Pan Asia Consortium in Science in 2009 (40). In 2011, she was appointed as the Director of the Program on Forensic and Ethnicity of the Philippine Genome Center, a position she holds concurrently as she continues to be the head of the DNA Analysis Laboratory. With this new appointment, Dr. De Ungria had been tasked to further expand her work in the development of DNA forensics as well as in studying Filipino ethnicities, and to initiate projects with other scientists and universities in order to magnify the benefits of rigorous scientific research in the Philippines.

Dr. De Ungria also focused on utilizing forensic DNA technology to improve the Philippine criminal justice system, to protect the rights of women and children and to maximize the use of science in disaster victim identification. Dr. De Ungria has assisted Philippine courts as an Expert Witness in civil and criminal cases as well as helped draft the Rule on DNA Evidence that was promulgated by the Supreme Court in 2007. This judicial rule which is unique to the Philippines, provides guidance to trial court judges regarding the admissibility, relevance and probative value of DNA evidence.

In 2009, Dr. De Ungria won the search for the Outstanding Woman Researcher in the Life Sciences organized by the Third World Organization of Women Scientists and Elsevier in Kuala Lumpur, Malaysia. Dr. De Ungria is also working with Drs Jose Lorente and Arthur Eisenberg in promoting the use of DNA to combat child trafficking in the Philippines under the DNA-Prokids initiative. In 2011, Dr. De Ungria was named as one of the two National Fellows of the L’Oreal – UNESCO Women in Science Program. She is currently the Second Secretary of the Quality Assurance and Standard Committee of the Asian Forensic Science Network (AFSN). In 2012, Dr. De Ungria helped launched the Innocence Project Philippines Network that seeks to help inmates in different Philippine penal colonies who claim to have been wrongfully convicted. In 2013, DOST named Dr. De Ungria as a Scientist II awardee for the DOST Science Career System. In 2016, UP promoted Dr. De Ungria to the rank of University Researcher V, the highest research position in UP, once again recognizing her academic achievements as well as her efforts in putting science at the service of society.