The symposium is the first of a series of lectures on genomics organized by Illumina in cooperation with Diamed in partnership with the UP System’s Philippine Genome Center. Speakers shared recently-conducted studies, genomic techniques, bioinformatics strategies, and latest technologies currently used in agriculture research. 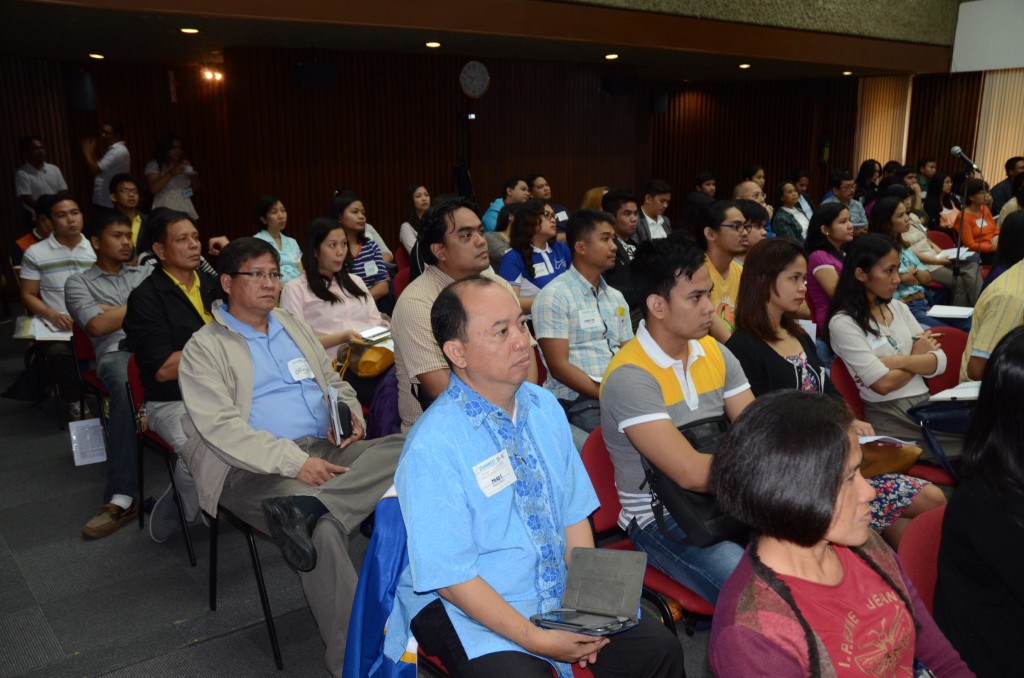 In her opening remarks, Dr. Rita P. Laude, director of PGC’s program in Agriculture, Livestock, Fisheries shared that the event was meant for productive exchange of ideas for a better appreciation of genomics and bioinformatics as potent tools in accelerating the translation of research into products or outputs beneficial to society — research outputs for improved quality of life, increase in productivity, and increased profitability for the people, for the industry and for the country.

Dr. Cindy Lawley from Illumina discussed successful studies employing genomic selection, methods for sequence-based genotyping and use of assembly and annotation for agrigenomics. As the program manager for the Global Agriculture Consortia, Dr. Lawley supports the company’s agriculture business and actively manages collaborations and technology development for various agriculture species with the aim of making next-generation breeding systems using sequencing and genotyping affordable to entry groups.

Furthermore, Dr. Lawley discussed about genomic selection in agriculture species; leveraging sequence and array-based genotyping in agriculture; and assembly and annotation in agrigenomics. She illustrated the significant contribution of using science + apt technology in increasing produce or yield in agriculture. Using milk production in the US as an example, she explained the advantage of identifying genetic markers associated with a particular trait of interest in a livestock e.g cows with high-yield milk traits, cows with creamier milk, etc. in selecting for the right breed. Hence, breeders don’t need to wait until the cows are matured. This translates to savings in time, money and other resources.

Dr. Zenaida Magbanua who currently serves as the Laboratory Manager of PCARI’s upcoming Shared Genomics Core Facility presented the genomic advancements towards the development of rice resistance to bacterial panicle blight using next-generation sequencing(NGS) technologies. Potential genes that may be implicated in this disease have been identified and could be used as sources of resistance.

Diamed General Manager Mr. Alden Arellano in his closing remarks put emphasis on how the Philippines, as an agricultural country, would greatly benefit from the applications of genomic research, noted as the current trend in other countries. While he cited potential agriculture research objectives, he also added that the growing interest of utilizing agrigenomics for rice, carabao, and crop studies, may be further heightened by PGC’s core facilities and willingness to collaborate with scientists from other institutes.