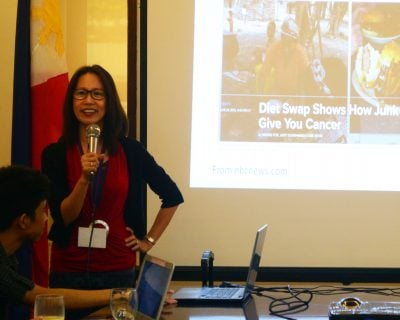 Why are genomes the way they are? Why do they harbor elements that have no obvious function? Through what mechanism do they respond to changes in the environment or invasion by a foreign genome? These are the types of questions that we are addressing in my laboratory. Using global analytical techniques like next-generation sequencing and bioinformatics, we search for answers to these questions on genomics. Specifically, we seek to identify relevant pathways and candidate genes and loci for wet-laboratory functional analysis to further our understanding of genome function and behavior, answer hypothesis-driven questions and aid in the development of breeding tools in agriculture.

The interaction between Oryza sativa and Burkholeria glumae is one that has recently been observed in nature. A susceptible interaction causes bacterial panicle blight (BPB) in rice and a decrease of about 70% in rice grain yield. An overall objective of this research is to understand this interaction and to search for sources of resistance against the pathogen. Given that this is a recent occurrence (last 50-60 years), we hypothesize that sources of resistance may be found in wild species of rice. As this disease was first observed in cultivated rice, we used it to gather our preliminary results and candidate transcripts to be used for further analysis.

Upregulated transcripts in the resistance interaction

Using RNA Seq and bioinformatics, our research team has shown that unique transcripts involved with resistance to BPB are involved. These transcripts, which include resistance genes of the NBS-LRR type, kinases, transcription factors, transporters and expressed proteins with functions that are not known, have not been reported in other pathosystems including rice blast or bacterial blight. In addition, a PIF-like ORF1 was observed to be linked with resistance. Further, functional annotation analysis reveals enrichment of defense response and programmed cell death (biological processes); ATP and protein binding (molecular functions); and mitochondrion-related (cell component) transcripts in the resistant interaction (Magbanua et al 2014). We are now in a position to validate the role/s of these transcripts in resistance.

The role of miRNAs in the resistance interaction

We have preliminary data that suggest that miRNAs may be involved as susceptibility “factors” in BPB. In inoculation studies with a resistant and a susceptible rice plants, we found that the number of miRNAs was higher in the susceptible than in the resistant interaction. Given that most miRNAs inhibit the expression of their target mRNA, this suggests that these miRNAs may be targeting transcripts that are needed for BPB defense. Hence, we hypothesize that in a susceptible BPB interaction, miRNAs are targeting processes that are important to defense. To test our hypothesis, we will use RNASeq and bioinformatics to determine if the mRNA targets of the miRNAs are inhibited and through Gene Ontology, if their “lost” functions are important to defense. To validate our results, we will use qRT-PCR and eventually functional assays.

Other genomes of study

I collaborated with researchers from Mississippi State University, University of Georgia, United States Forest Service and the United States Department of Energy to enlighten our understanding of genomes. A great organism to study is Pinus taeda L. or loblolly pine (LP). LP has been the de facto model gymnosperm – a group of plants that is yet to benefit from genomics. Gymnosperms possess some of the largest of known genomes and sequencing their entire genomes still pose a big challenge given the current available technologies. Biologically, they appeared to be recalcitrant to the evolutionary agents that shaped angiosperms and remained stagnant since their split from the angiosperms more than 300 MYA. In an effort to accelerate our LP study, and hence gymnosperm genomics, we constructed an 8X bacterial artificial chromosome (BAC) library. This resource enabled us to characterize the repetitive elements in pine and some of its genes.

We are currently collaborating with the University of the Philippines at Los Banos to sequence the genomes of different pathogens that target important Philippine crops such as papaya and tomato. Virulent strains of the Papaya ringspot virus and Ralstonia solanacearum that are present only in the Philippines have been isolated. Knowledge of the sequence of these economically important pathogens will inform efforts to develop measures to control them. In addition, we want to explore other pathosystems that are also relevant to the Philippines.