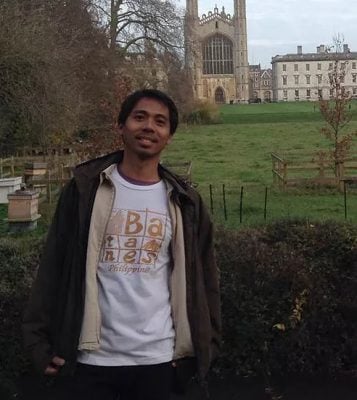 Research Focus: (1) Allele-specific expression imbalance and its association with important traits using hybrids and MAGIC (Multi-parent Advanced Generation Inter-Crosses) population in both rice and wheat; (2) Wheat Bioinformatics: (a) Time-series and differential expression analyses between control and wheat samples challenged with ergot fungus and (b) SNP identification among several wheat lines.

Allelic imbalance (AI) is a relatively new approach in identifying cis-acting regulatory polymorphism between two alleles in the heterozygote. This happens when one of the two alleles in a hybrid is significantly expressed relative to the other allele. Our study using rice hybrids showed a global distortion of preferential expression under water-limiting conditions in favour of one of the two alleles, in this case, the maternal. Asymmetrically expressed genes are strongly associated with drought-yield quantitative-trait loci (QTLs). These results leave us to speculate that allelically imbalanced genes are associated with important traits.
​
We now propose the integration of multi-parental (i.e. MAGIC or Multi-parent Advanced Generation Inter-Crosses) populations and AI in rice and wheat (dubbed as MAGICal) to fine-map multiple QTLs and test AI in trait-associated genes to detect causative polymorphisms for cis-acting elements. Additionally, we want to test how regulatory factors (cis and trans) could participate in the gene-environment interactions.
​
In a different study, we want to know the global expression patterns through time (time-course approach) in wheat when challenged with ergot fungus then identify factors and signalling pathways during early stages of infection and pollination. We are also identifying sequence variations among wheat lines including Renan, Arran, Brock, Pastiche, etc using Bioinformatics platform.